The Egyptian and Arab architectural and urban society lost a number of major scientific and professional figures that affected the construction sector in Egypt and had a major role in building Egypt during the past fifty years.

The last of them was Engineer Hussein Sabour, who passed away this morning after a great and extended journey of professional and scientific giving.  His son, businessman Omar Sabour, announced the news of his death on his official page on Facebook this morning. 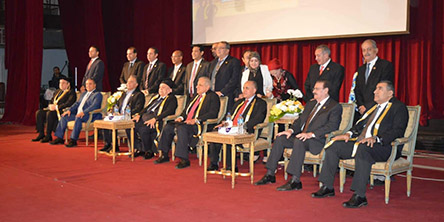 Who is Hussein Sabour?

Hussein Fayek Sabour, an Egyptian engineer, was president of the Shooting Club in 1992 and he founded many real estate development companies in Egypt. 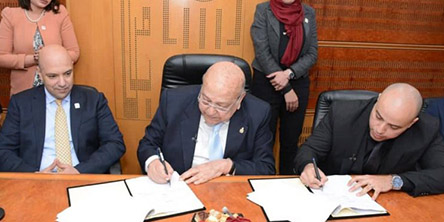 Hussein Sabour :  A journey of excellence and giving as well as difficult tasks

“Hussein Sabour” was born in 1936, graduated from the Faculty of Engineering at Cairo University in 1957, and after his graduation he obtained a Diploma in Road Planning in 1958 and a Diploma in Fundamental Development in 1962.

The Sabour Consulting Bureau was established in 1957, and then three offices were branched from it: Parsons Brinckerhoff, Misr America  Engineering Consultants (MAEC) and MASCO, which undertook engineering works for the underground in Cairo, many major projects in Sadat and October 6 city, and tourism projects such as El Gezirah Sheraton Hotel , Hilton Luxor, and Semiramis Hotel, as well as the expansion and upgrading of electricity networks in Cairo and Alexandria, and the sanitary drainage projects in Cairo, Suez, Ismailia and Port Said.

During his great practical journey, Eng. Hussein Sabour participated in many major projects through his companies, as Sabour Consulting is one of the most important consulting offices implementing several mega- projects  in the New Administrative Capital, the cities of Canal and a number of other Egyptian cities in addition to consulting projects outside Egypt. 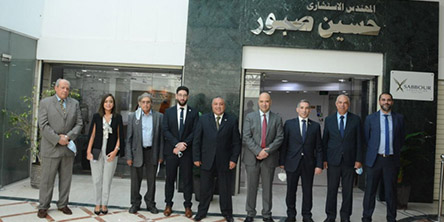 Important positions and a distinguished journey of giving

Eng. Hussein Sabour volunteered to do many works such as the International Garden in Nasr City, planning the Nile Corniche in Cairo, and participating in the evaluation of Taba tourist facilities. From his researches, housing is a problem that has a solution. He has represented Egypt in many investment promotion conferences in Europe and America.

Certainly, the Egyptian urban sector's loss of a great figure and personality such as Hussein Sabour is an influential event, but the institutional administration established by Sabour to manage projects will enable these major entities to continue to succeed in the future and also guarantee them an effective participation in construction to remain a partner in the construction process in Egypt.