Eng. Mahmoud Lashin, Vice Chairman of "Aton Holding" for Financial Investments, revealed that it had acquired the "Pharos Asset Management" company as the company's first investment operation in the local market.

«Aton Holding» is a financial investment company newly established in the local market four months ago, and subject to the rules and laws regulating the General Authority for Financial Supervision, and its board of directors is chaired by businessman Tamer Wageh, and a number of Egyptian investors, including Mahmoud Lasheen, Vice Chairman,  Mustafa Attia, Hazem El-Far, and Hashem Ghoneim.

Lashin said that the acquisition of "Pharos Asset Management" took place only two weeks ago, explaining that the Pharos Fund Company, the owner of the Pharos Fund I designated for investing in shares in the local market, was also acquired. He refused to disclose the value of the deal due to the agreements signed with the seller. 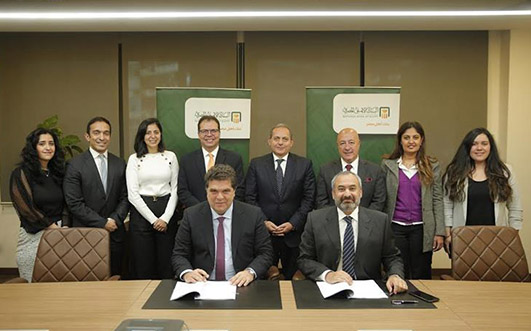 The transaction marks the first for Aton, which plans to raise Pharos Fund I's assets under management (AUM) to EGP 500 mn in one year before hitting EGP 2 bn in 2022. He added that Aton has already added over EGP 120 mn to the asset management firm's portfolio following the acquisition. He pointed out that one of the reasons for this increase was the participation of "Pharos" in managing the shares of Arab and foreign investors in the "Al-Safwa Specialized Hospital" deal.

It is worth noting that Speed ​​Hospitals, affiliated to Speed ​​Medical and a group of Egyptian and foreign investors, acquired all the shares of the new Al-Safwa Specialized Hospital with a total value estimated at EGP 185 million, while the share of Speed ​​Hospitals amounted to about 50% + share, while the remaining share was for the group of investors, which will be managed by Pharos Asset Management.

Lashin affirmed that "Aton Holding" will carry out acquisitions of stakes in companies operating in the tourism sector and service technological applications, and will work to establish new companies in microfinance activities and commercial agencies.

He pointed out that “Aton Holding” was established by a group of Egyptian investors, with a paid-up capital of 30 million pounds, and had a plan to increase it to 80 million by the end of this year, after the establishment of the subsidiaries.

He explained that his company plans to transform into an integrated investment bank within five years of operation in the local market, provided that it includes under its umbrella direct investment activities, asset management and portfolio formation, microfinance and financial leasing, sponsorship and listing of companies on the Nile Stock Exchange, and promotion and coverage of IPOs.