Areej Badr El-Din, a graduate of the Modern Academy whose project was selected among the best graduation projects in the world in the "Archiprix International" Competition for architecture, came the top of her class at the Modern Academy. She is currently working as a demonstrator, and she is doing her M.Sc. (master's degree) at Cairo University. In her last academic year, Areej, like many other students, worked on preparing a different and distinct idea to be her graduation project entitled "THE SECRET OF EGYPT", which was classified among the best Graduation Projects in the world. 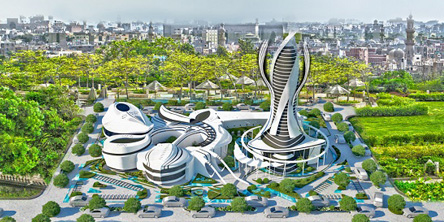 The idea of the project relies on the revival of civilizations, and it consists of two major parts: The first is a cultural museum that displays the monuments in the different stages, Pharaonic,  Coptic and Islamic, which Egypt went through. We can describe it as a journey through different civilizations. She designed its blocks from the outside in a way that expresses each civilization, using decorations and symbols, provided that its exterior design is modern to attract tourists. 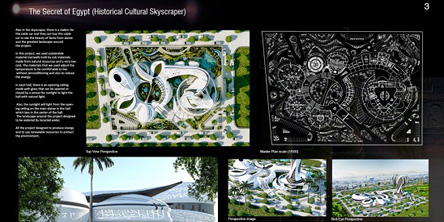 The second part is a skyscraper, allowing tourists to see the Nile from the highest point. The design idea of the project is inspired by the clock gears, to reflect how each civilization led up to the birth of the civilization that follows it. 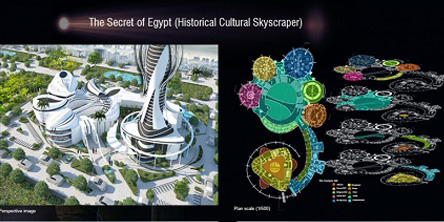 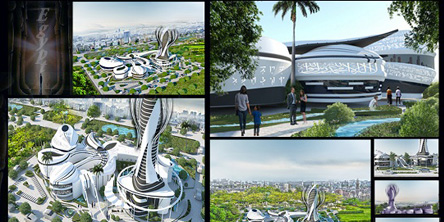 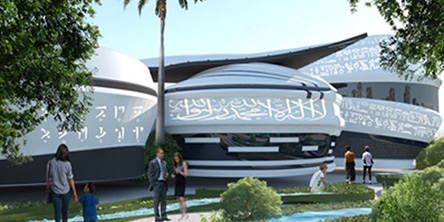