Lt. General Eng. Kamel El-Wazir, Minister of Transport, conducted an inspection tour in Upper Egypt, where he followed up the implementation of the first phase of the development of the Western Upper Egypt Desert Road in the distance from Cairo to Minya with a length of 230 km. The project includes the development and expansion of the road to become 3 lanes in each direction with a width of 12 m., the construction of an asphalt road for trucks that includes 3 lanes in the direction of Asyut with a paving width of 11 meters, and a concrete road that includes two lanes in the direction of Cairo with a paving width of 9 meters to carry trucks coming from the quarries and Upper Egypt to Cairo, in addition to establishing 21 industrial works, including 5 bridges and 16 tunnels.

During his inspection of the various sectors of the project, which he started from the toll collection station in 2.85 km on the road, the minister directed that work must be carried out around the clock and standard specifications must observed in its implementation, paying attention to traffic safety insurance and not to set up any random bumps on the road, stressing not to transfer traffic on the service road until after the design pavement sector is completely finished and that a distance of 50 meters is settled on both sides of the road in both directions according to the instructions of the political leadership. 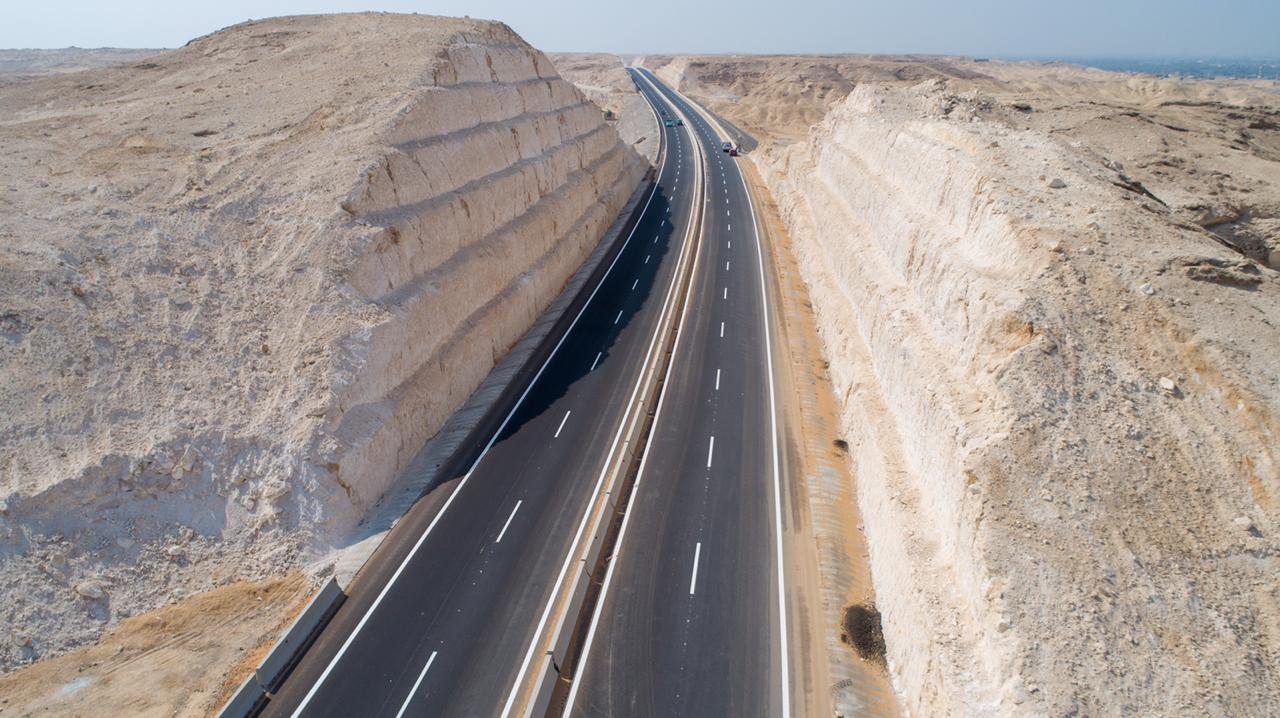 The minister stated that the project was divided among 10 specialized companies and that this project is part of the group of roads that apply Intelligent Transport System (ITS) project, pointing out that this road is part of the national road project, which has a total length of 7,000 km at an estimated cost of EGP 175 bn. Its implementation began in 2014, pointing out that it will be part of the Cairo / Cape Town corridor and that the road is being developed to be a free axis to contribute to facilitating trade movement between the governorates of Upper Egypt. 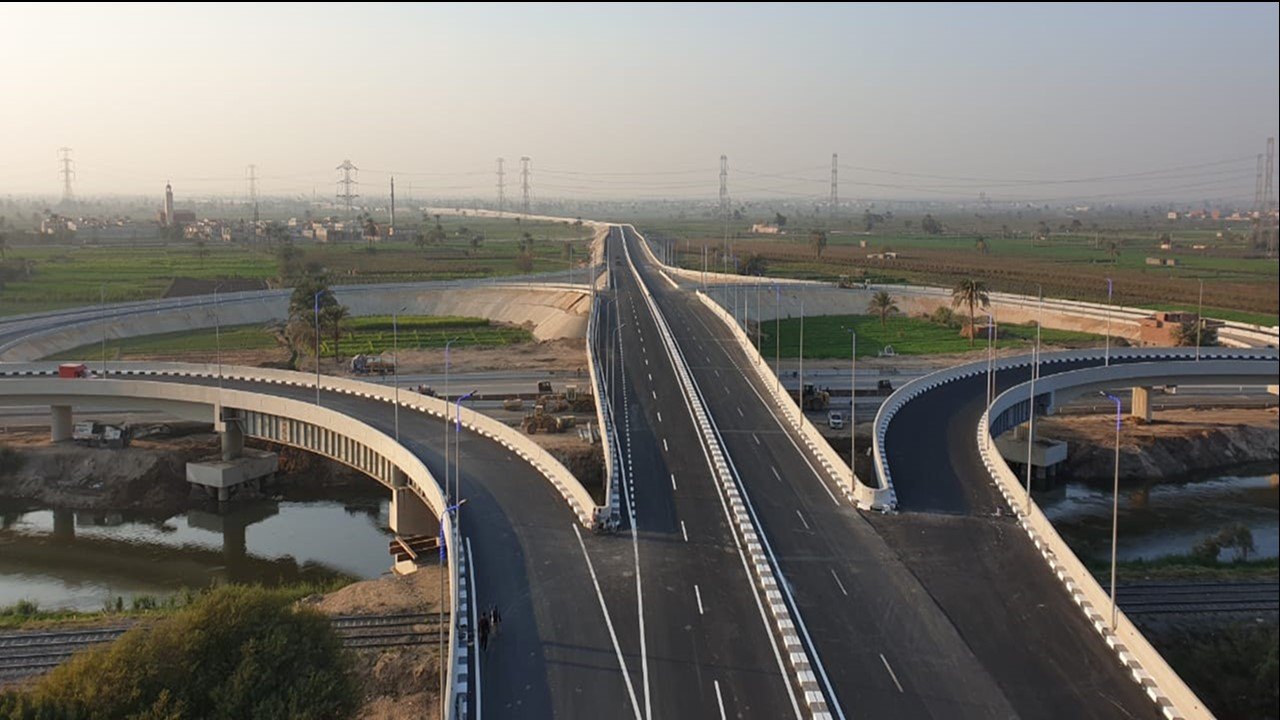 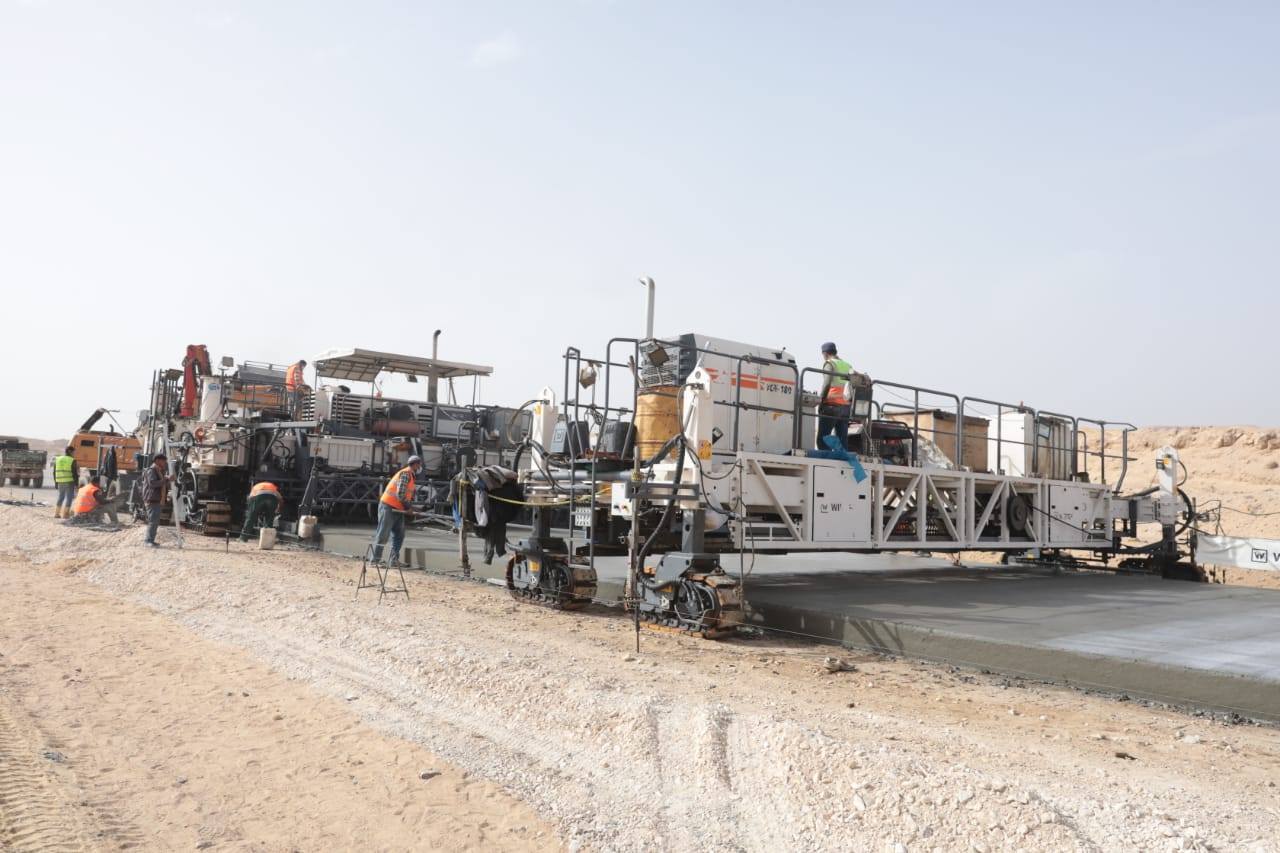 The minister explained that there are 14 axes on the Nile in Upper Egypt, at a cost of EGP18.5 bn., adding that there are four axes: Kalabsha, Qus, Samalout and Adli Mansour.