The October 6th Monorail project photo, is nominated to be the cover photo for Engineering News-Record (ENR), the global magazine for the best construction photos of 2020

Ayman Nazeer, Director of the Photography Unit at the Public Relations and Media Department at the Arab Contractors Company, said that a picture of the October 6th Monorail project, won the award of the American ENR magazine, which is specialized in engineering construction, because the specifications required by it has provided safety and quality conditions, especially since this magazine is interested in mega projects. Monorail is considered one of the giant projects that are being implemented in Egypt. 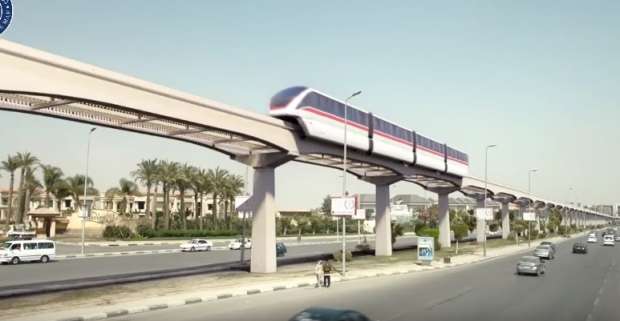 Ayman Nazeer added that the photo was captured spontaneously, and the atmosphere was very hot, commenting: "The worker was working on the steel cage, and they were in a hurry to put it in place to pour a meter in diameter."

He explained that the race witnessed a competition between 900 photos, of which 5 won, which competed with each other to be the cover of the magazine, explaining that it is an American magazine that cares about safety conditions, health and patriotism, and highlights the most important mega projects that took place through the past year.

And he added: "Our company works with national projects in Egypt, and we have achieved very impressive results. Our projects are many and large, and it is an honor for me that we win this award, and it did not occur to me to win this award because I do not participate in competitions."